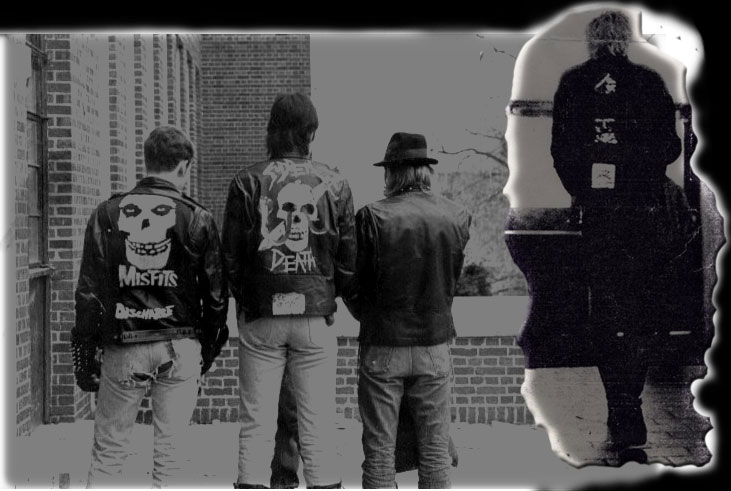 [Interviewed at the Statehouse sometime in Spring, 1983 by Wes]

wes: who writes the songs and what are they about?
matt: i write basically all the songs and all the songs you could relate back to certain incidents.
wes: do you write the music too?
matt: yeah...
wes: then what do you do? [@ brian]
brian: i just play bass and write some songs.
wes: what about this longhair?
mike: i get stoned and do vocals.
wes: do you have fun when you play?

matt: when we play a gig i try to put as much as...well everything goes into it. to get people into your music you got to be into it yourself. if you're sitting there looking bored while you're playing, people are going to say he's bored with his own shit so how am i supposed to feel?
wes: so where is the new hot spot for general doing anything?
matt: i don't know...the Statehouse, Gravel Pit is a pretty cool place, uptown skating...the only thing i do in my free time is skate.
wes: so when did the idea for a band come about?
matt: it was way back last fall...
mike: when the earth was a little amoeba! 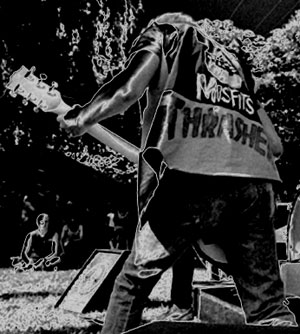 matt: no...me and brian and Clark Taylor and Andy W. formed a band called The Additions. it was kind of like mod.
keir: you fag!
wes: it all comes out now!
matt: well, it wasn't like hardcore...it was slow.
wes: so when are you going to record?
matt: we made a tape, but we recorded over it. it was fucked.
wes: will you ever put out a record?
mike: yep!
matt: as soon as someone comes up with some bucks. anyways, we got off track from the question. we broke up The Additions. then later, me and mike were talking and decided to form a band and it happened.
wes: how do you feel about being in other bands especially with The State coming out with a record?
keir: no one wanted to practice so i joined up with other bands...these guys are the only ones who want to practice.
wes: with the record coming out is this going to affect your playing with Sudden Death?
keir: i hope not...i think i can keep it together.

[at this point, The Variables walk in]